What is a SAN?

A pet hate of mine is when people refer to a Storage Device, such as a Fibre Attached NetApp Filer, as a SAN. It is not a SAN but a storage device that connects to a SAN. I often hear people say “Oh, you have bought a new SAN” when actually you have bought an additional Storage Device to connect to your existing SAN.

Similarly a storage device connects to a SAN (Storage Area Network) to provide services to other devices such as storage for servers, as depicted in the following diagram

More often than not there will be two SANs for redundancy, in a Fibre Channel setup these are commonly referred to as SAN fabrics. The following diagram illustrates this. 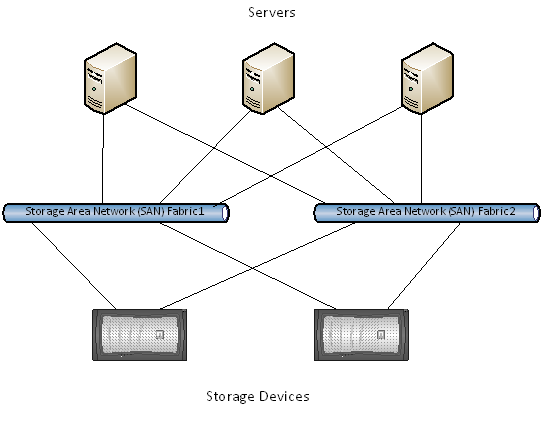 This entry was posted in Storage. Bookmark the permalink.